KTU – the most internationally oriented university in Lithuania 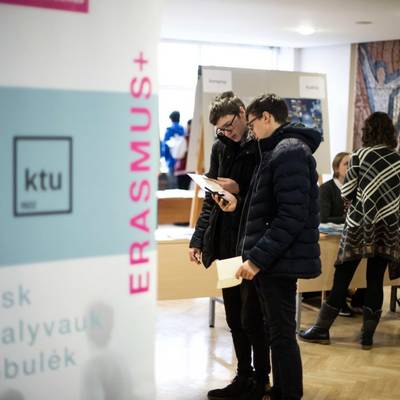 Earlier this month, the national rankings of Lithuanian universities were announced.


Earlier this month, the national rankings of Lithuanian universities were announced. In the rankings published in the magazine “Reitingai 2019”, Kaunas University of Technology is the most internationally competitive university in Lithuania. Overall, KTU comes second in the rankings, falling behind Vilnius University by a mere 0.6 points. Comparing with the last year, KTU improved its score by more than eight points.

“The news is of course very exciting, but not surprising. We are the university capable to react to the changing needs of the society, state, business and industry, which are mainly influenced by Industry 4.0. The constant investments to the advancement of study quality, the renewal of study model and programmes, implementing contemporary didactics, research and development projects answering the needs of the market is bearing fruits. Our position is as strong as ever”, says Professor Eugenijus Valatka, the Rector of Kaunas University of Technology.

Among the ranking criteria were: added value created by alumni and evaluation of the employers, staff achievements in research, arts and sports, study quality, international competitiveness, current and future academic staff, student opinion. This year a new criterion – student wastage – was introduced. In total, the universities were ranked according to 48 different parameters.

According to the national rankings, KTU graduates are among the most sought-after by the employers, the University has an exceptionally strong academic staff and the students are satisfied with their alma mater. KTU has improved its results in 4 out of 6 criteria. The highest change was observed in the criteria of current and future academic staff (number of members of academic staff for a student, academic qualifications of the staff and the growing of the new generation of academics), which grew from 3.63 to 8.07, and the University climbed up by 5 positions in this ranking.

“KTU is becoming more and bolder in increasing internationality. We understand that this aspect is becoming crucial while competing in the international market with other higher education institutions, and while aiming to secure the young professionals, knowledge and value exchange process”, says Head of KTU Performance Management Department.